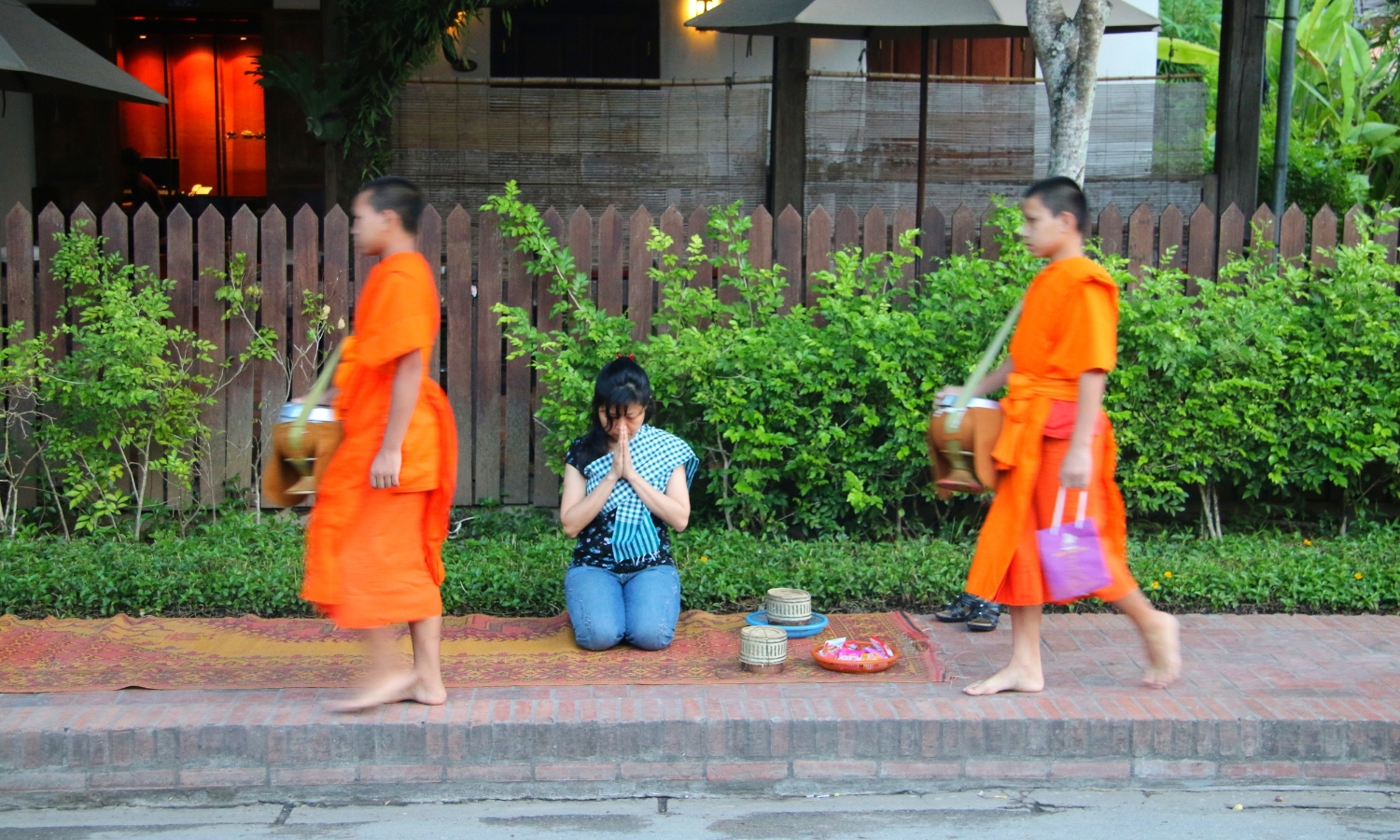 Everyone loves a stat. I certainly do, and after four months on the road I decided to tally a few of my own.

I have to say, when I add it all up, it is no wonder that weeks later I am still digesting my adventure. I was lucky to visit so many amazing places, see such stunning landscapes, come across many an unexpected experience and meet some fascinating and warm-hearted people. A complete sensory assault, many lessons were learnt, goals have been set and dreams created.

So, staying true to my Global Explorer and Urban Mystic aspirations, I’m sharing some of my discoveries with you and hopefully encouraging you to take the time, one day, to get up and explore some of these places too. 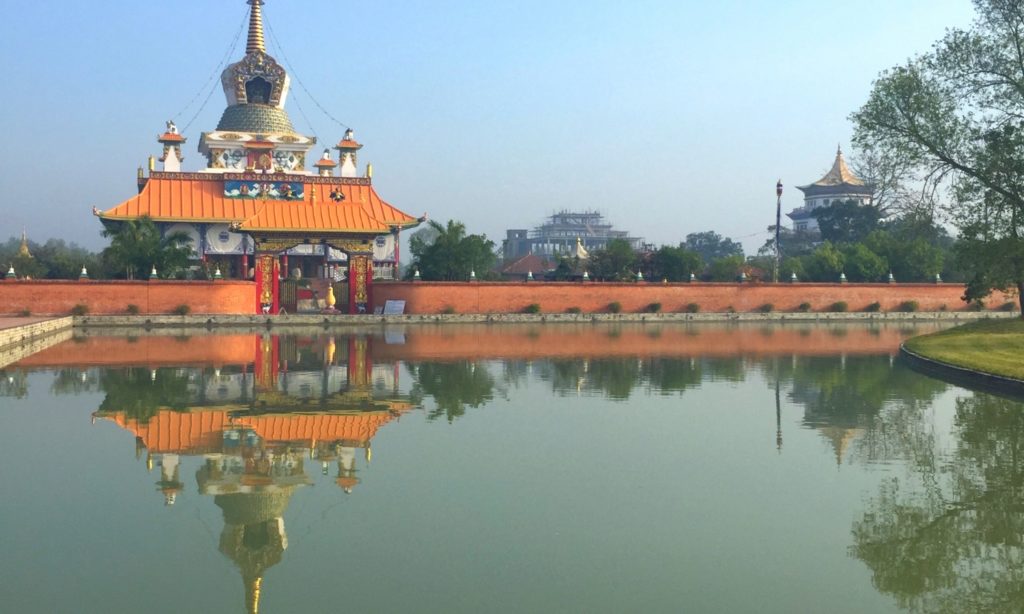 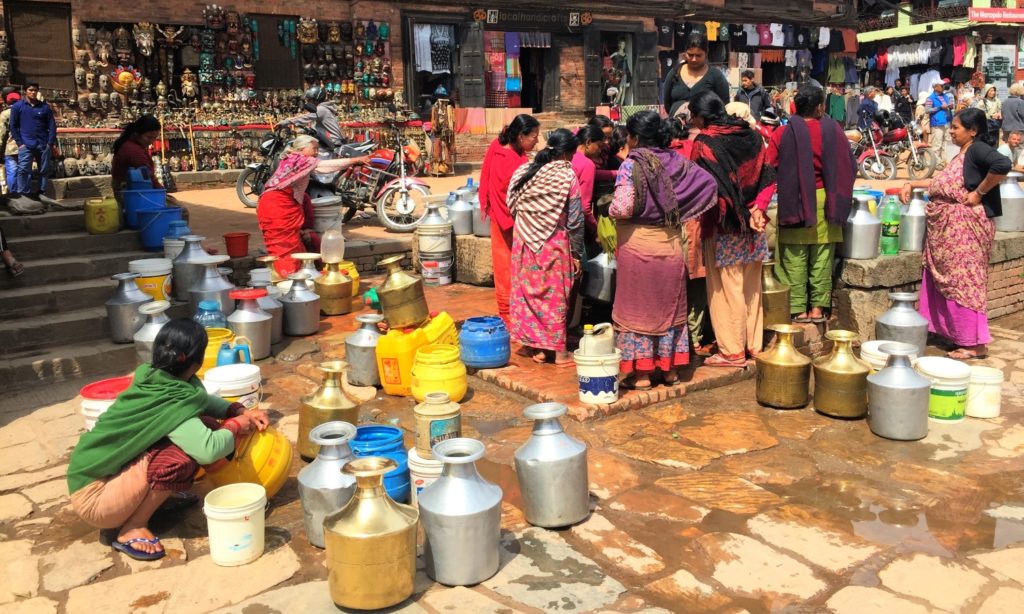 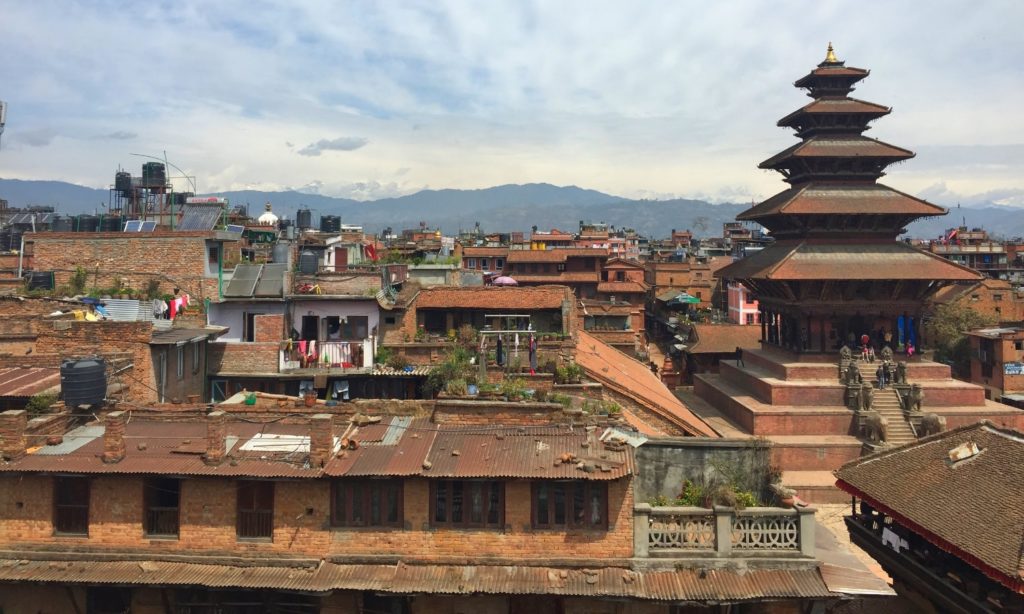 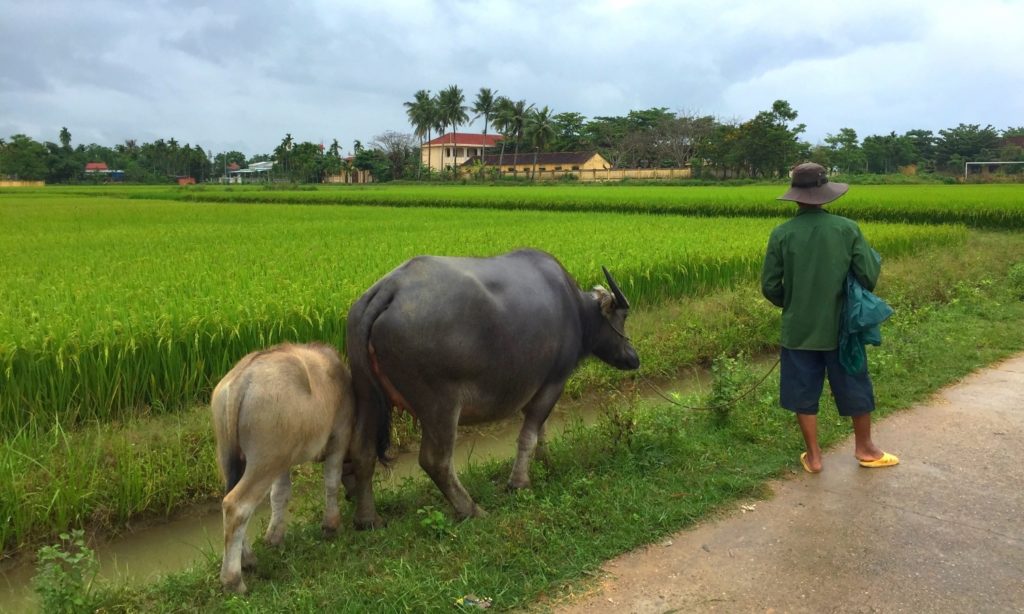 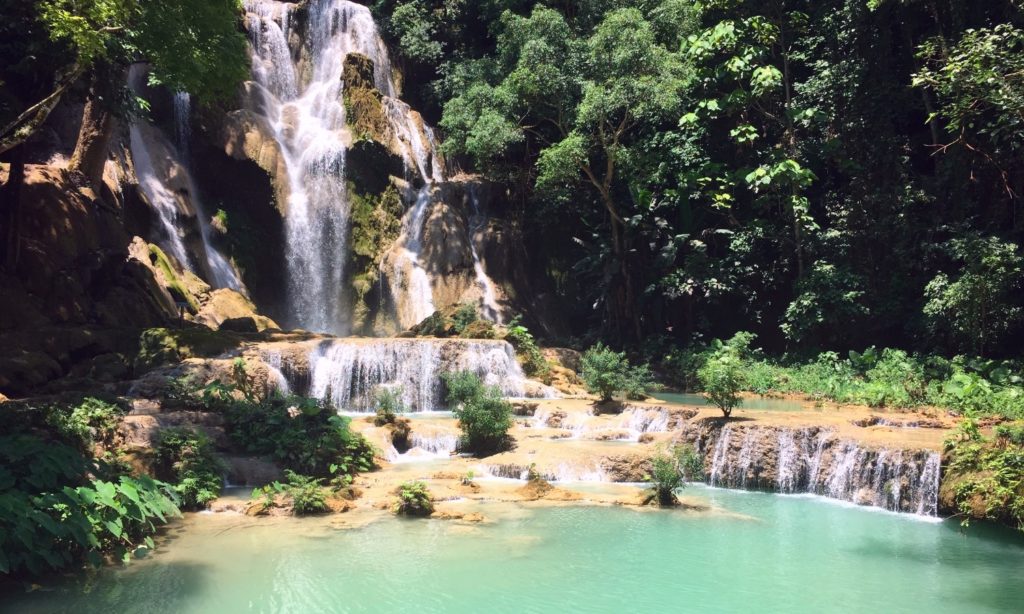 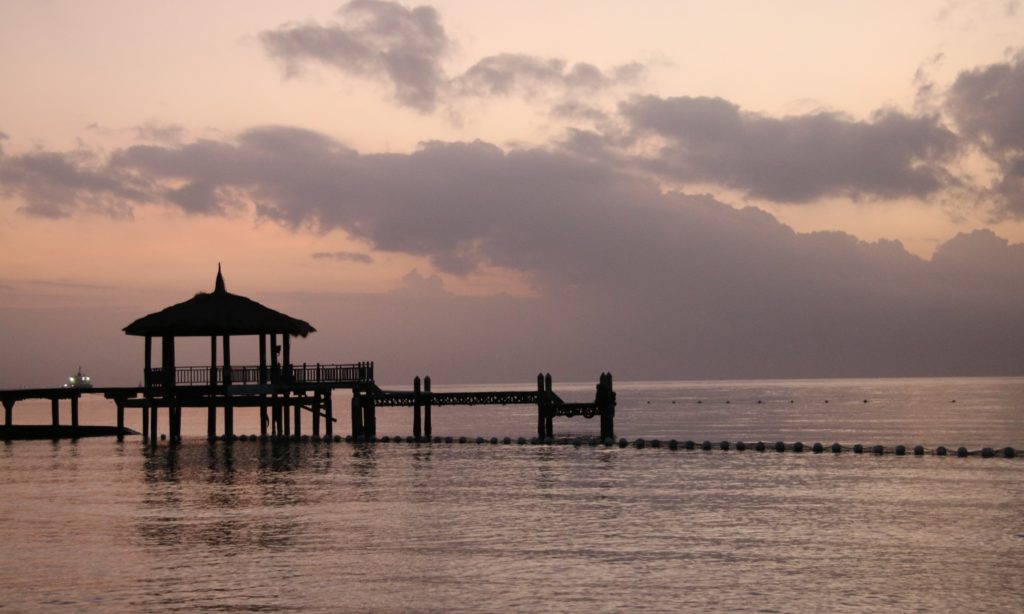 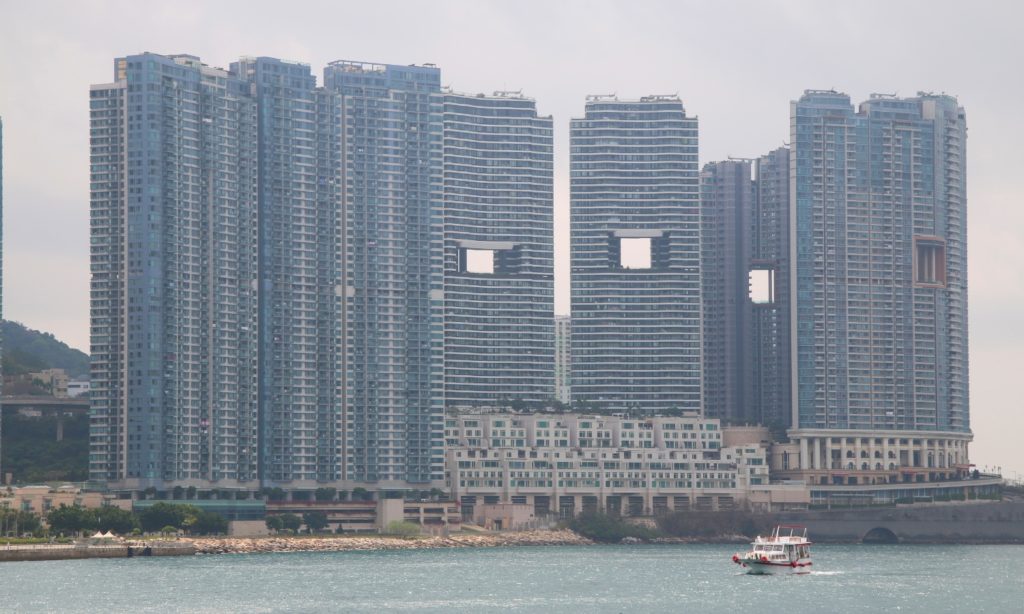 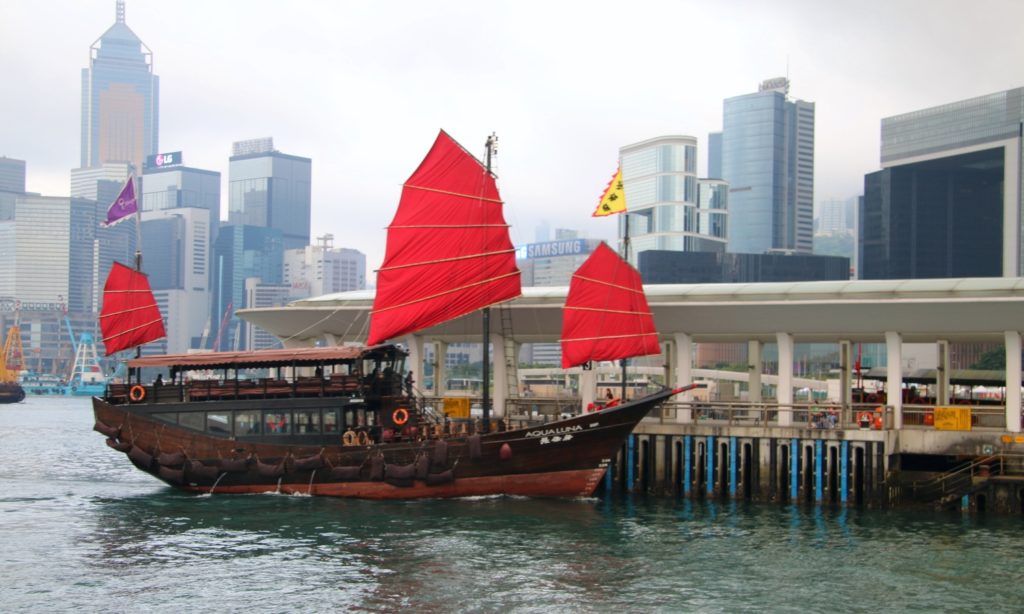 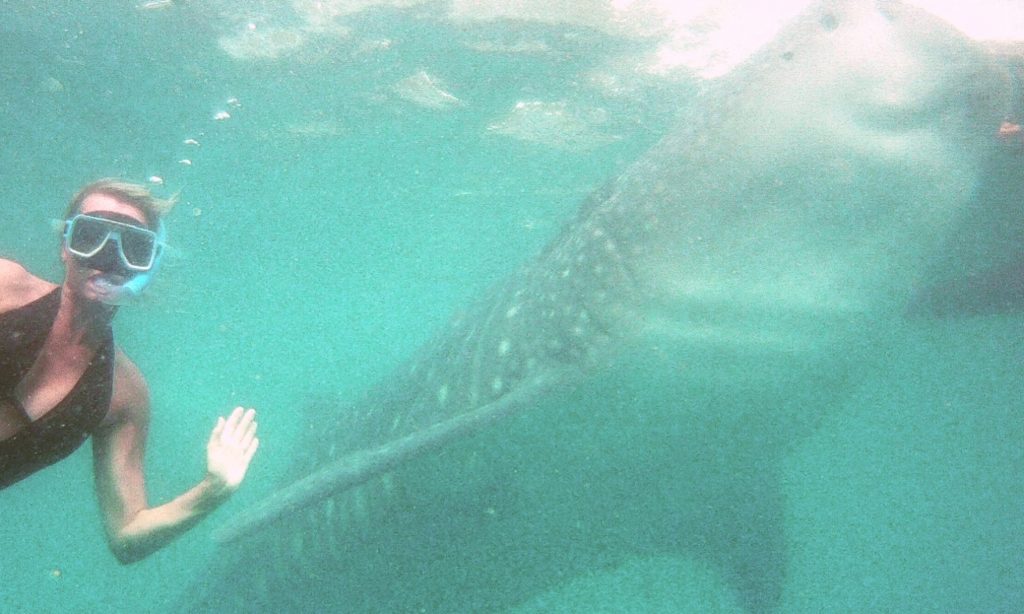 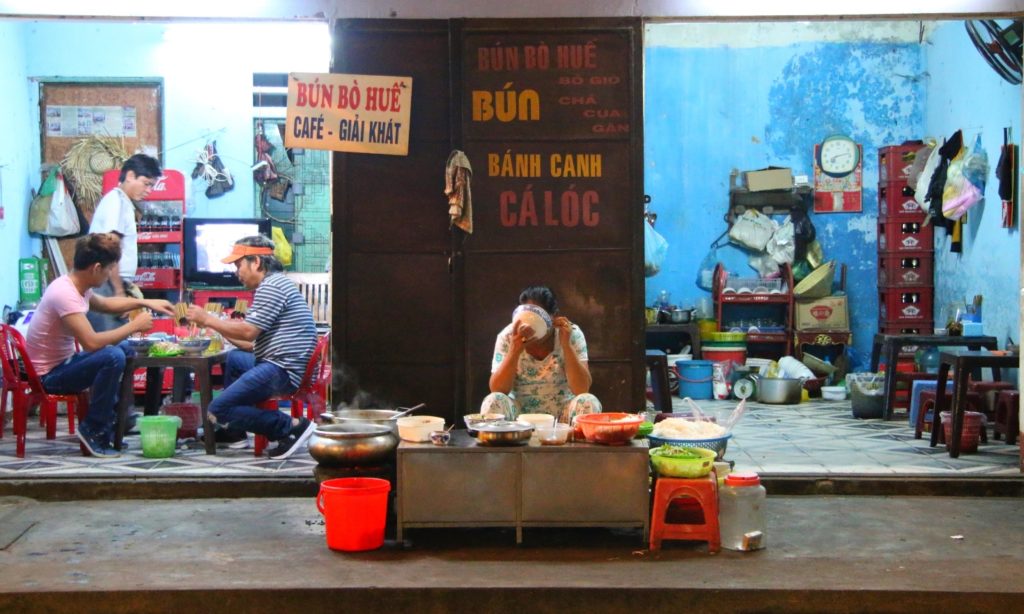 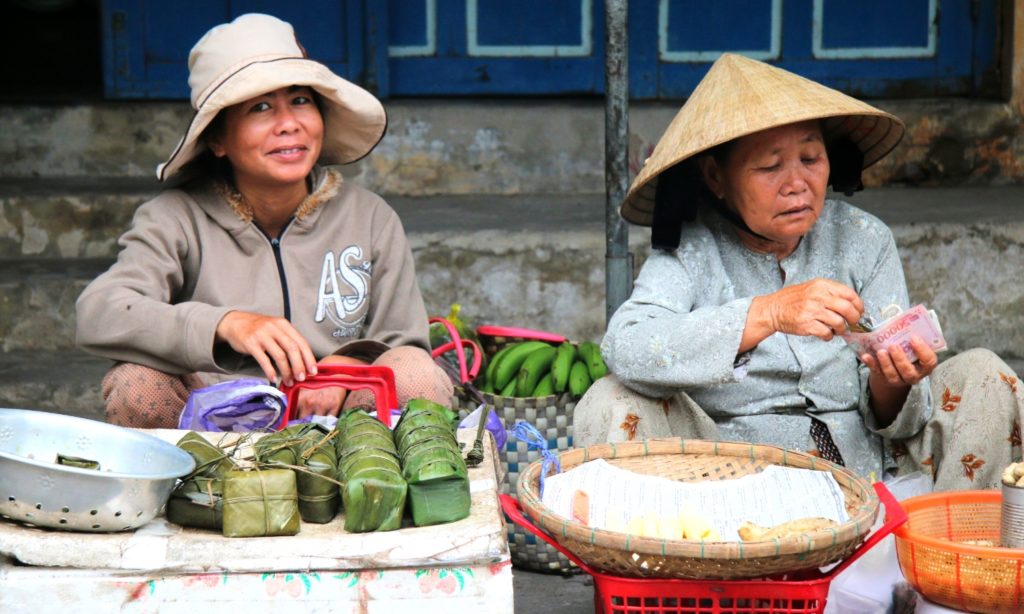 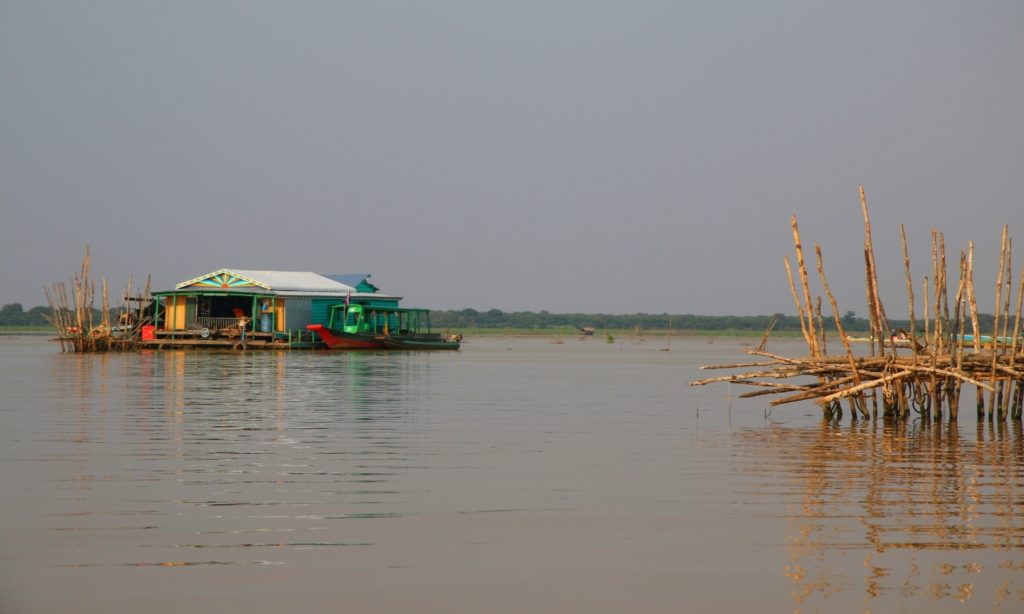 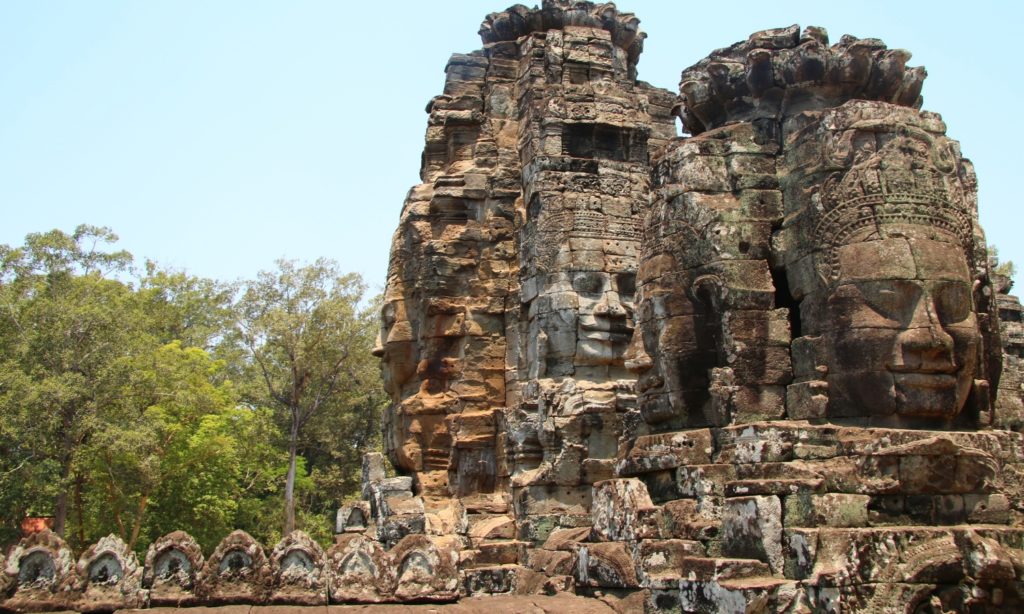 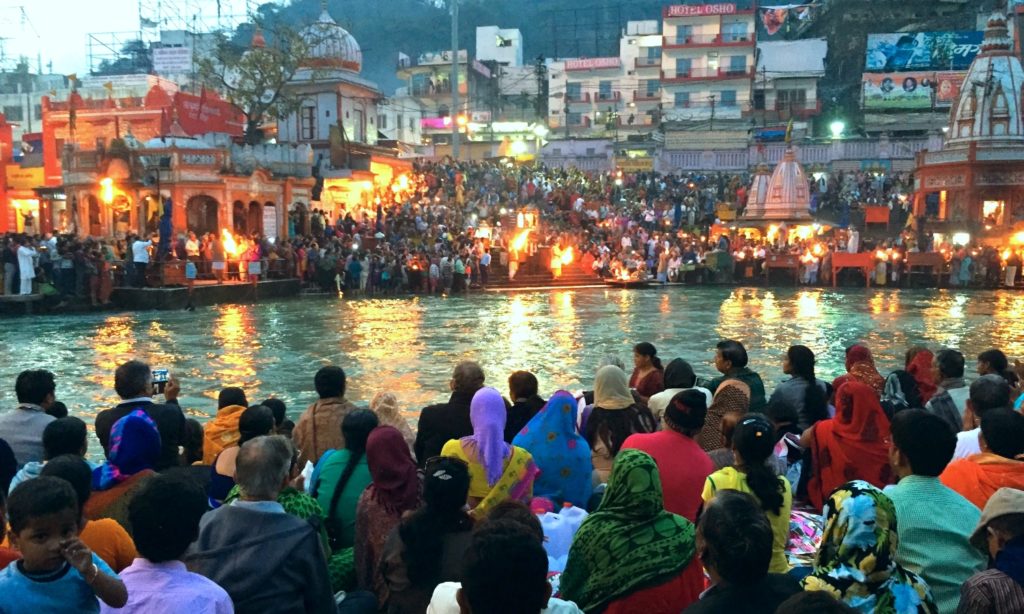 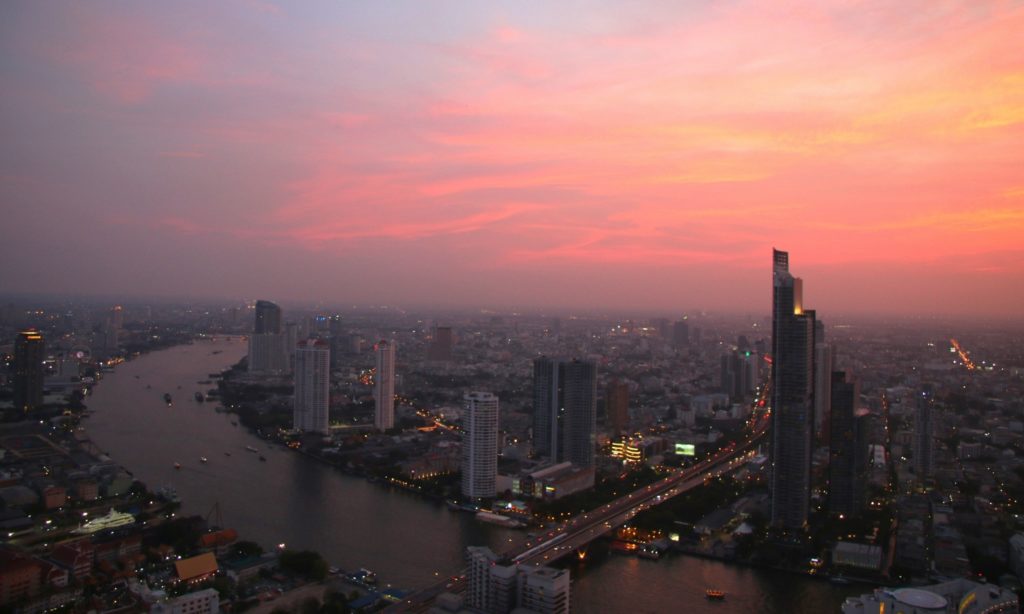 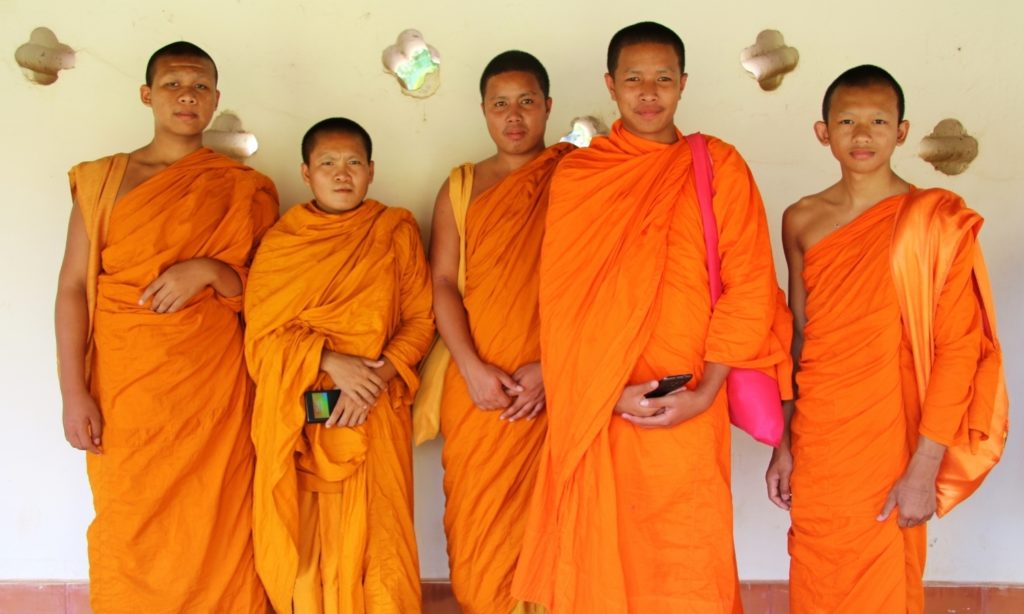 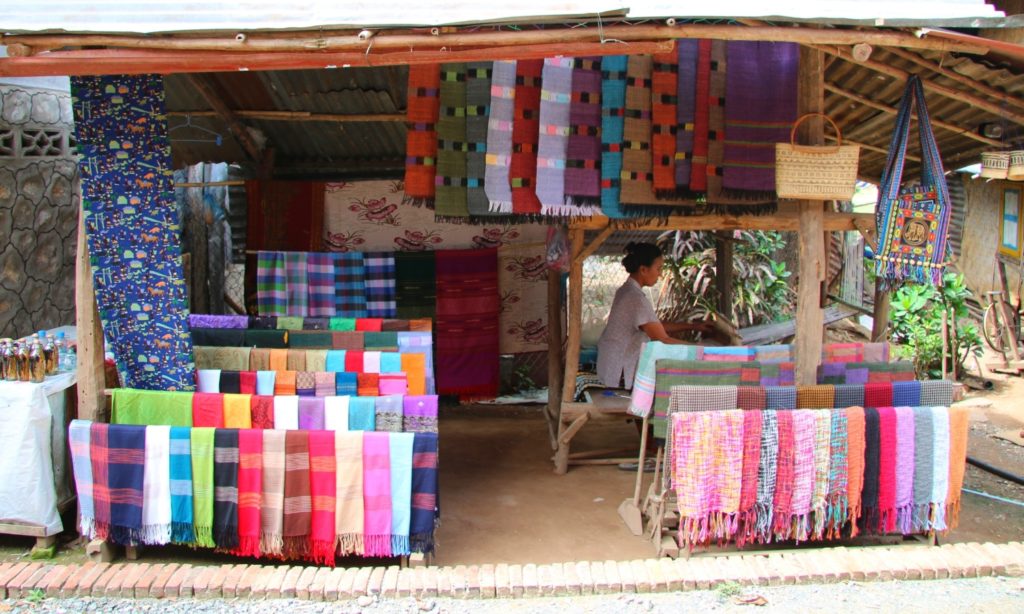 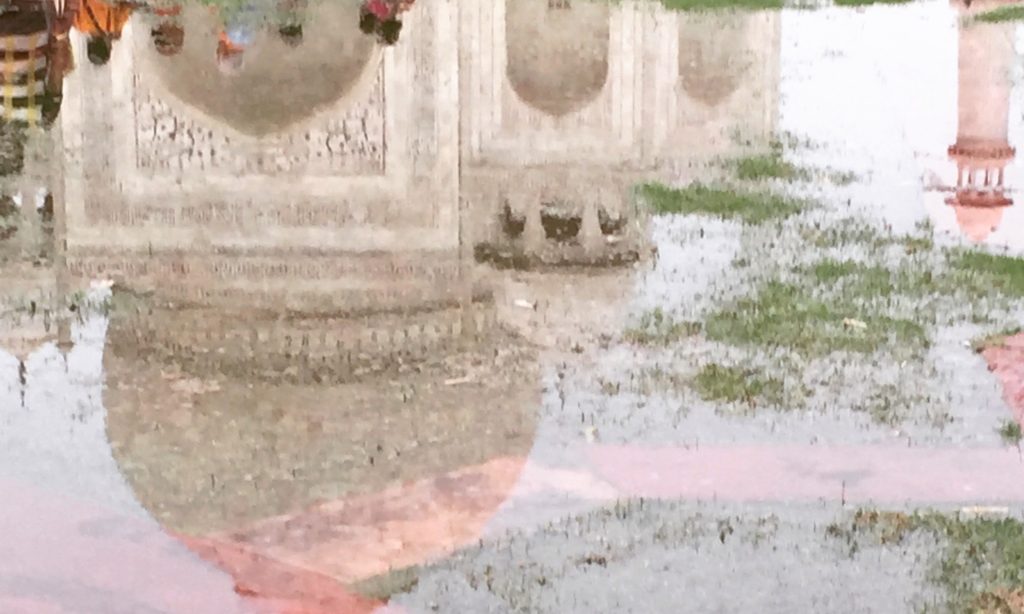 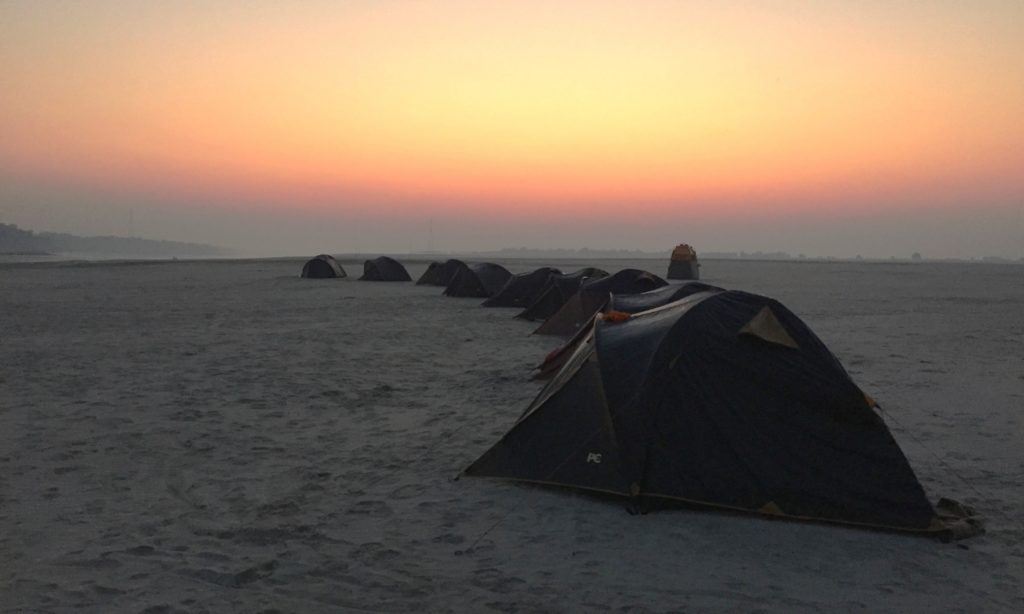 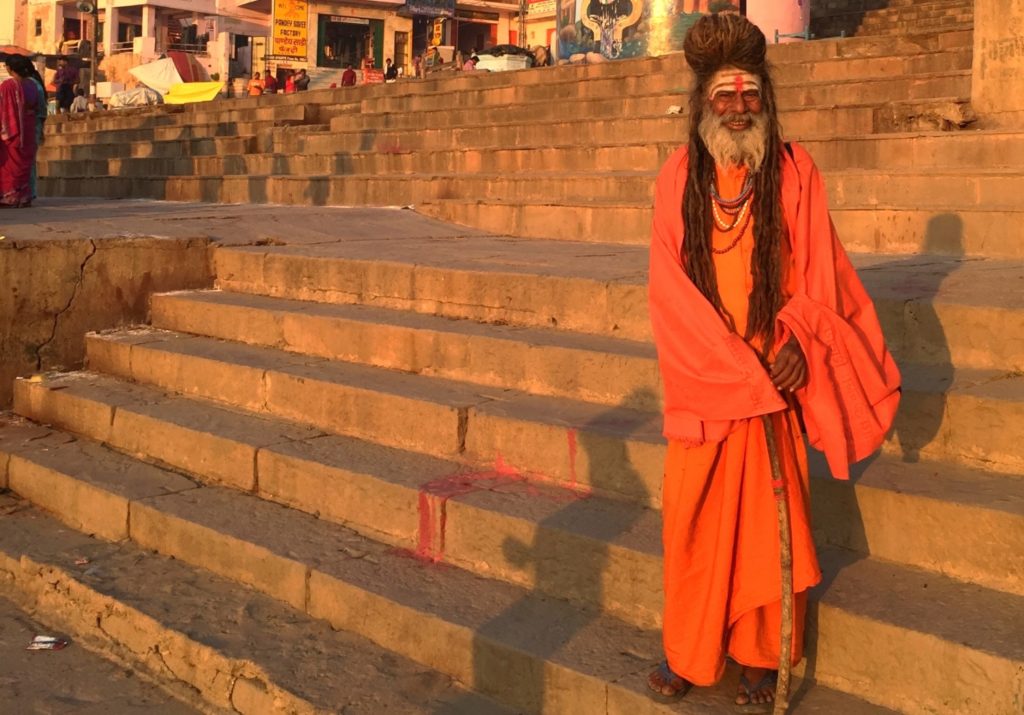 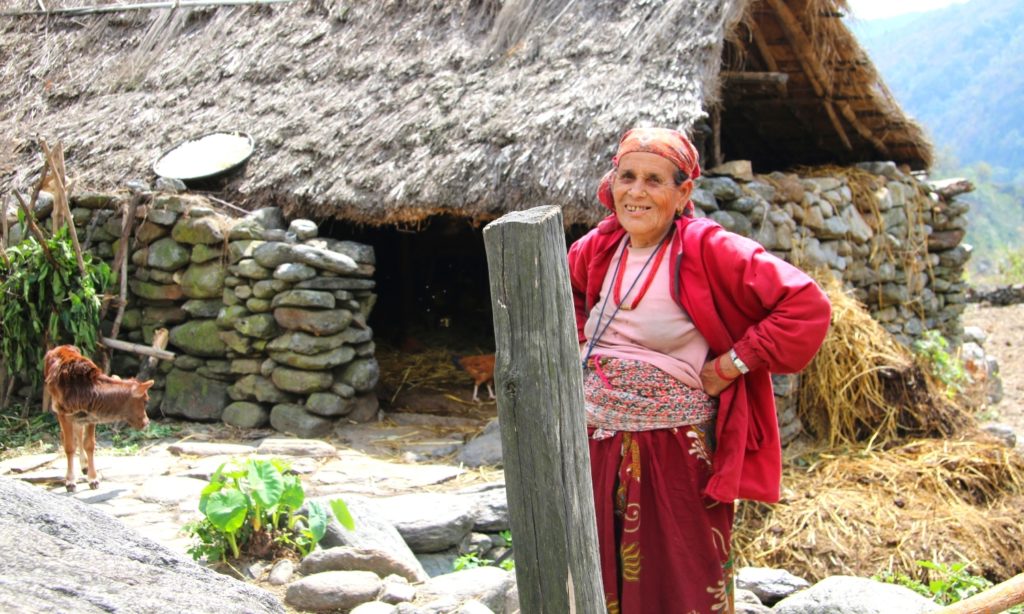 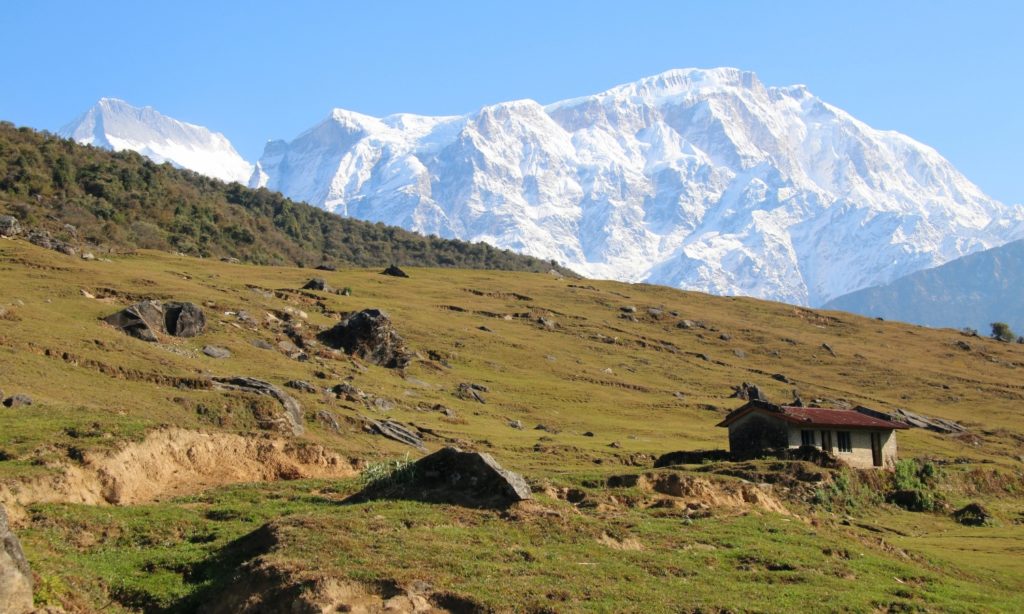 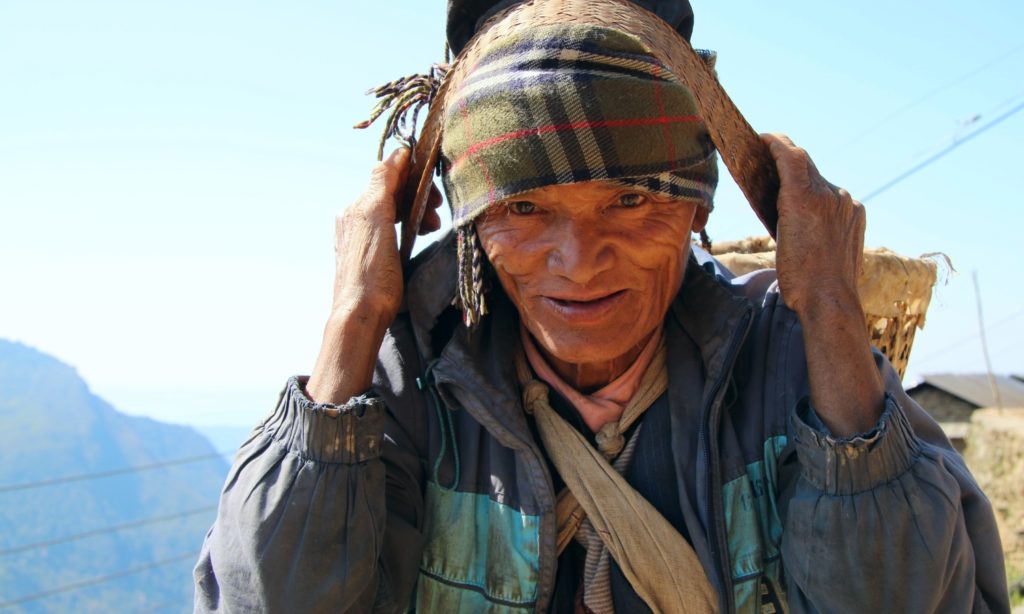 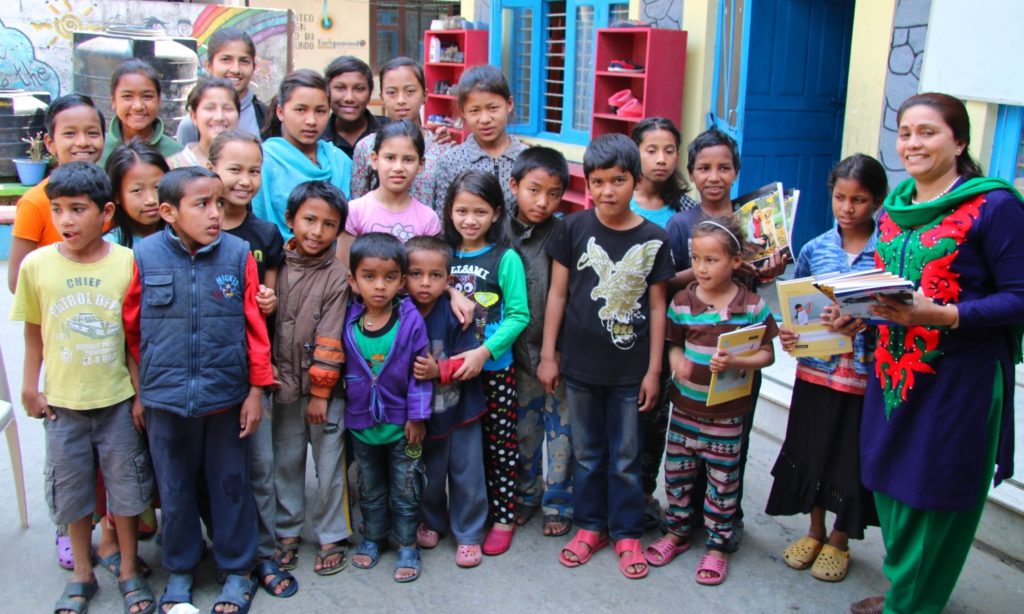 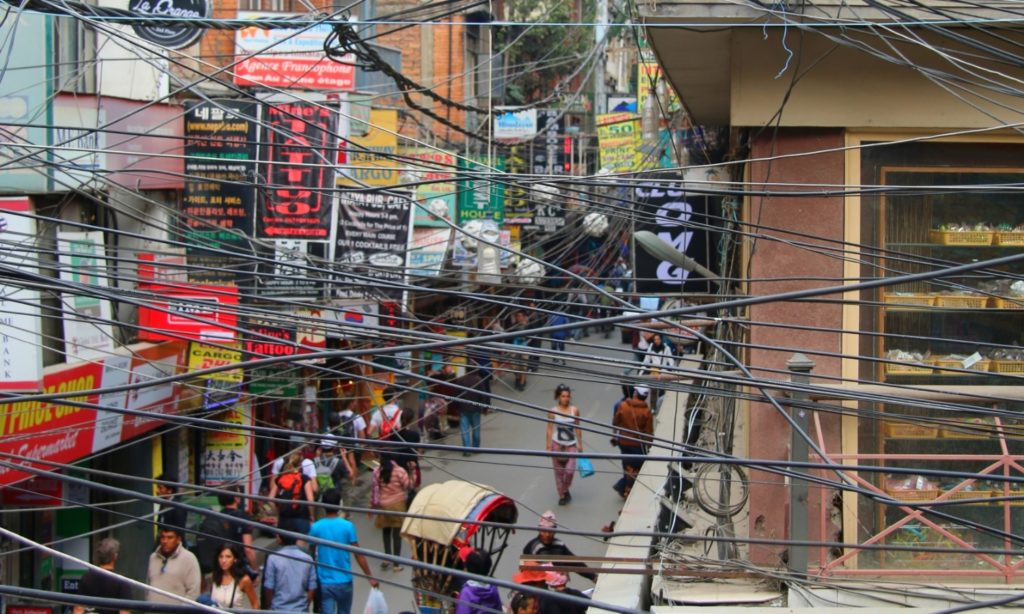 My itinerary: the short of it (the attempted ‘summary’)

With my 37th birthday celebrated, I was excited, open minded and ready to take in what the world had to offer. Bye bye Sydney, hello world.

After cleansing my mind the previous month through Vipassana, the next stop was to detox the body in a Vedic Retreat in India. I couldn’t wait for my nutritionally themed week of yoga, meditation and Ayurveda treatments to put me in good stead for the trip ahead. If you are interested in the science behind Ayurvedic treatments I will be creating a blog on the theory and treatments shorty so keep an eye out.

I also managed to take part in the traditional Aarti ceremony of lights in both Rishikesh and the ancient city of Haridwar. Here I witnessed thousands of pilgrims, devotees and tourists perform ritualistic bathing on the banks of the Ganges to wash away their sins and attain Moksha.

Next I travelled across India to Nepal on an Intrepid tour, with the aim of taking part in the Holi festival in Varanasi. From the chaotic, rickshaw-dominated Delhi and Agra, to the hidden town of magnificent Cenotaphs in Orchha, an overnight boat trip camping on the banks of the Ganges, and finally, to Varanasi, in India, I was overwhelmed, inspired and emotionally challenged all at the same time. My Holi experience started with a sail past the 87 ghats of Varanasi, watching the sunrise over the river. As the excitement built, the free-for-all, coloured-water fight began, with water guns, balloons and puffs of coloured powder staining the city. This unexpected disregard for social norms, the intoxicated youths, thumping hypnotic music and strange antics aimed at tourists, definitely left their imprint on me.  It was slightly off-putting after the beauty I’d experienced in the more rural towns.

Next stop was Nepal and it far surpassed my expectations with its peaceful Lumbini monasteries, wildlife in Chitwan National Park and the hustle and bustle of the narrow laneways of Kathmandu.

Inside Out was a four-day adventure through the spectacular countryside and valley surrounding Kathmandu. The trek from Shivapuri to Bhaktapur challenged the thighs – and excited the senses. The journey introduced me to the beauty of Nepalese life as I climbed the foothills of the Himalayas, watched the villages come to life at sunrise, had broken conversations with locals and monks and explored medieval towns dating back to the 3rd century.

Guided by my two Sherpas I took on the mountains, melting glaciers and rivers of the Ghale Gaun area of the Annapurna Foothills. The six days trekking, one of my most treasured experiences, had me living amongst the Gurung villages, sleeping in guestrooms, milking cows at 5am and quietly observing everyday life in these poor, rural villages. I heard some haunting stories of hardship from the villagers, especially the challenges woman faced in rural Nepal. These stories and cultural differences really left an imprint and I hope, one day, to be able to help some of the women who have been rejected from their previous communities.

At the end of my journey I was blessed to meet the generous and kind Goma, who devotes her time to running the Rainbow Children’s Home (http://www.orphancarenepal.org) in Pokhara. I was humbled and knew pretty quickly that somewhere in my future I was going to help this wonderful woman expand her dreams beyond the 55 children she currently homed.

I thank the people who have already helped me raise funds to support the home. Since the earthquake Goma has been travelling back and forth to remote villages in the affected area, supplying blankets, clothes, mattresses, food and medicines. I hope people will join me in helping her continue to protect and help educate the vulnerable children of Nepal. My goal is to support her each year in renting a second building so she can help more children have a home and feel secure.

My 2 days in Manila really highlighted the great divide between the wealthy and the poor in the Philippines. From the primitive chaos of India and Nepal, to the advanced urbanisation and heavy-handed security measures of Manila, my short break was a bit of a shock to the system. Manila is a city of contrasts with its modern skyscrapers, shopping malls, art galleries and high-end restaurants of Makati City to the Spanish colonial architecture of Intramuros, the old walled city, surrounded by squatters living off the polluted Passaic river. Manila was chaotic, dirty, borderline dangerous, gritty yet beautifully fascinating at the same time. Not sure I will be back soon however did enjoy the transition from the Nepalese mountains living in a mud shack to civilisation.

I was lucky that my next step was to the Island of Cebu, where I met my other half and enjoyed six days of bliss in two of the most fabulous resorts I have ever experienced. In both Pulchra and Abaca, the service was better than anything I have ever had the chance to enjoy. I felt guilty indulging myself, after the poverty of the countries I had visited, but knew it would recharge me for the next part of my journey through Asia. We even managed to fit in some whale shark diving in between lounging by the pool and delicious feasts.

It was my chance to experience Hong Kong from a different perspective. Staying on Lantau Island in Mui Wo, the largest island in Hong Kong, located at the mouth of the Pearl River, I saw how the locals lived and trekked the surrounding mountains taking in the dramatic city skyline from a different angle. I visited the Po Lin Monastery, the Tian Tan Buddha, and had many a walk through the colonial trails created in the national park including Lantau Trail and Sunset Peak. We took a junk boat ride on Hong Kong harbour and had an afternoon at Cheung Sha beach which was a peaceful delight compared to the hustle and bustle of Hong Kong City.

Now it was time to travel through the heart of Indochina and discover age-old traditions, meet the locals, take in its breathtaking natural beauty, try delicious cuisines and delve deeper into the country’s fascinating ancient histories. All the while trying to understand the more recent genocides.

I joined an Intrepid tour that started wandering the ordered streets of colonial Hanoi and made its way down the coastline to the motorbike-choked streets of Ho Chi Minh City. These hectic and energised city explorations were broken up with boat trips through the majestic Karst scenery of Halong Bay and backwaters of the Mekong Delta, fortunes were told and citadels explored in Hue and lantern-lit nights enjoying the old-world charm of Hoi An. We also visited the Cu Chi tunnels that the Viet Cong had used, learning about their atrocities during the war.

We crossed the border by bus into Cambodia, picking up bits and pieces of the country’s fascinating history and dramatic Khmer legacy in Phnom Penh. Then through to Siem Reap, where we wandered through the awe-inspiring temples of Angkor Wat. From Battambang where we learnt about the local traditions of rice paper, wine and textile making, we crossed the border to the city of lights, Bangkok. In Bangkok I managed to see the most spectacular sunset from the rooftop bar at the Lebua Hotel in the state tower after a day chugging up the ‘klongs’ in a canal boat.

This part of my journey really tore at my heart and made me feel so grateful for where and when I was born, and how lucky my generation is to not have experienced such devastating and unimaginable hardships.

After the tourist-heavy Vietnam and Cambodia I was really looking forward to visiting Laos, a country seemingly lost in time. Packed with pretty sights, delicious food and warm people, Laos has a unique charm. From colonial mansions, tree-lined boulevards, gilded Buddhist temples and stunning sunsets over the Mekong River, Vientiane was a city that slept during the day and danced at night. The lights of the night markets twinkled, the many food stalls beckoned, and the group aerobic classes on the boulevard made us giggle.

This was quite a contrast to the old capital of Luang Prabang. Here faded French architecture dominates, with an bundance of temples housing the hundreds of monks, with incredibly friendly locals keen to have a chat and ask questions of the western world. A place I would like to explore further, especially the rural areas.

My next stop was Europe. One final month of family shenanigans, medieval cities, castles, canals, favourite foods and festivals, which I will leave for Part 2.

Found this quote during my travels and absolutely love it.

Travel, it’s the only thing you can spend money on that can make you richer. Unknown.